Although a very small muscle group, Biceps contribute to a bodybuilder’s physique as much as large muscle groups like chest, back and quads do.

Walk up to your nearest gym and you will find beginners hammering and curling their Bi’s day in and day out just to get those bulging biceps. But, sooner do they understand that it’s not a child’s play to build those t-shirt bursting arms.

And with this article, we will take you through some essential bicep training tips that will make your ‘big arms’ dream achievable.

And when simplified it means, go fast when you go up and go slow when you come down.

“The single biggest mistake that most beginners make is putting up 100% of their effort into the positive (concentric) part of the rep, paying no attention to the negative (eccentric) segment”

Say, for example, Bicep curls, take the weight which you can lift easily. Now, when you curl (Positive part) make sure that you do it fast with proper control over the weights. And during the other half of the rep (negative part), lower down the weights slowly with keeping all the tension in the biceps.

2. Supination worked for Arnold and can work fo 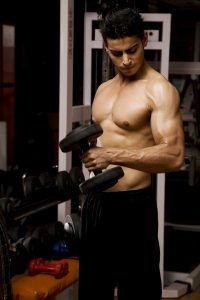 Who on this planet knows better about building thick and bulging biceps other than Arnold himself!

Supination, my friend, is nothing but the outward twisting of the forearmsthat puts stress on the outer head of the biceps in exercises, like dumbbell curls.

Supination not only adds significant mass to the biceps but also works on the development of the peak.

Start with a neutral grip in DB curls, as you curl the weight up, rotate your forearm such that your palm faces the sky. When you are an inch short in reaching the maximum height, rotate your palm such that little finger is higher than your thumb and complete the rep.

Sooner or later, you will understand that hammering and curling biceps every now and then won’t take you any further in ‘building huge arms’ race.

Believe me, instead of hitting arms every other day, all you need to do is switch the things up quite often like varying the rep range, increasing the intensity, adding some new moves to bicep training followed by due recovery period.

And then all you have is big and strong arms to cherish upon.

6 Life Lessons that Bodybuilding Teaches Us

3 Reasons Why You’re Not Able to Lift Heavy 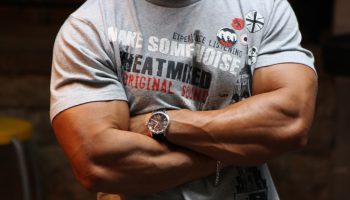 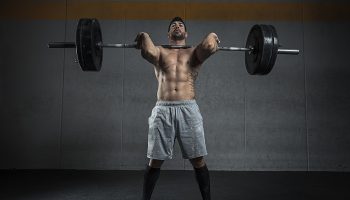 5 Bodybuilding Moves to Get Rid of Chicken Legs

4 Things You Should NEVER Do Before a Workout 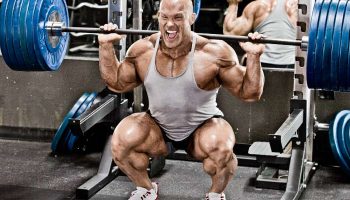 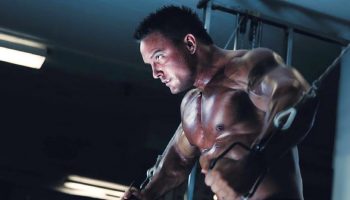 3 Reasons Your Biceps are Still Flat