Walk up to any local gym, and you will find a bunch of guys boasting about their post-workout nutrition regime. Although post-exercise nutrition matters a lot for building muscles, what matters equally, if not more, is pre-workout nutrition. And that’s what we are going to see today – best pre workout supplement to boost your performance and speed up your strength gains. Go on, everything you need to know is right below – So far you have probably thought whey protein to be beneficial only when consumed after the exercise. But little do you know, whey protein has as many advantages, if not more when consumed before a workout. Some of the major benefits of taking whey protein before workout include – increased muscle protein synthesis rates, higher insulin levels, and diminished muscle breakdown. In fact taking whey protein prior to a workout can give a jolt of essential amino acids to the muscles which can be further utilized to improve performance.

Ideally, you should be going for at least 20-30 grams of whey protein 15 minutes before your workout begins and 30-60 grams of it in a post-exercise shake. It will not only help you boost your protein synthesis but also save your muscles from turning into catabolic.

Caffeine is probably the only original and best pre-workout supplement in India. Not only it a powerful CNS stimulant, but also a metabolism booster and a fat burner. Taking just a few grams of caffeine before a workout can increase fat mobilization in the body. What caffeine does is that it utilizes stored fat from the fat cells to produce the energy required during a workout.

Additionally, pre-workout caffeine supplementation can also prove very effective for delaying the beginning of muscle soreness. Moreover, caffeine is also used to increase strength and endurance and enhance focus on concentration during exercise.

Best Time to Take it: 30-60 minutes before your workout(and take black coffee only). Creatine is one of the most sought after pre-workout supplement on the market. Not just for amplifying your workout, creatine is also very useful when consumed post-exercise in a post-workout shake.

Here’s a little science behind the functioning of creatine in your body – While you are training, your body is utilizing ATP molecules to derive the energy required to contract the muscles. Unfortunately, your muscles don’t carry enough ATP molecules to sustain any longer than few seconds. So, it becomes very necessary to refuel your ATP stores. That’s when creatine comes to your rescue; it tops muscle creatine stores which are further utilized for producing ATP molecules, resulting in enhanced performance and increased strength. 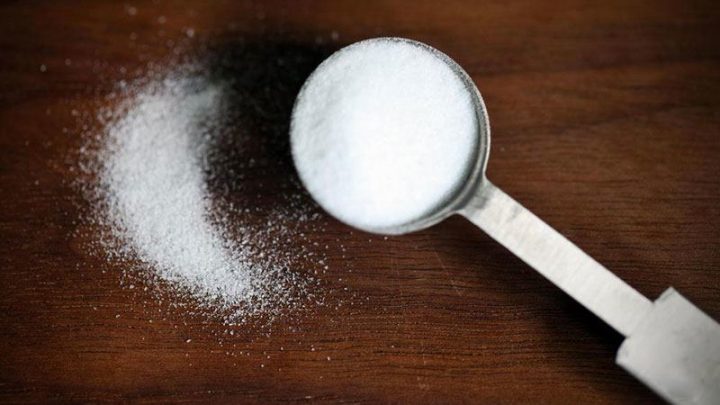 The 3 branched chain amino acids that we are talking about are Leucine, Isoleucine, and Valine. The fact that BCAAs are used directly by the muscle tissue instead of liver makes it as useful as a pre-workout supplement. So, when you supplement with BCAAs before a workout, your body no longer relies on muscle tissues for amino acids rather directly uses the ones you have just consumed.

In addition to this, consuming BCAAs prior to exercise increases insulin levels during training and keeps testosterone levels way up for several hours after the workout ends. Keep in mind that a high insulin level during a workout is of grave importance as in its absence your body may end up eating your muscles for deriving the energy required for lifting the weights. Furthermore, among all the three bcaas, leucine has been deeply studied for is efficacy in improving protein synthesis and muscle growth. In fact, most of the studies have shown results in favor of leucine.

Related: The Many Benefits of a BCAA Supplement

Taurine is an amino acid which contains a good proportion of sulfur in it. It is found in large amounts in your brain, retina, heart and platelets. It is also involved in several bodily processes including contractions of muscles and maintains fluid balance inside the body.

While studying taurine for its effect on performance, it was found that levels of taurine in muscles drastically drop during exercise. This led scientist to conclude to that taurine is essential for improving muscle contraction and hence the performance.

Beyond doubt, citrulline malate is one of the best pre-workout supplement for men and women for delaying the onset of muscle fatigue during exercise. As the name clearly suggest, Citrulline Malate is made up of two compounds – Citrulline and Malate.

Citrulline is an amino acid which produced as a residual product during the process of converting amino arginine into nitric oxide in the body. Higher the levels of citrulline, greater will be the amounts of arginine, leading to better nitric oxide production. And as you may have heard, an increase in NO levels in the body improves the blood flow during the exercise. Another compound, malate, or malic acid that is present as a preservative in different foods. Inside the body, malate bonds with citrulline to reduce the fatigue sensation and increase the production ATP molecules.

Alpha Lipoic Acid (ALA) is a very useful antioxidant made by the body. ALA has shown to benefit training and muscle growth in ways more than one. Being a powerful antioxidant, ALA protects the body from harmful effects of free radicals.

Apart from this, quite often it replicates the similar effects caused by insulin hormone. In fact, it increases the glucose intake by muscle cells and diminishes the supply of glucose to fat cells. As more glucose is supplied to muscle cells instead of fat cells, more muscle can be built without adding up fat to the body.

Beta-alanine is the building block of carnosine which is a molecule known to alter pH levels in the body. Like citrulline malate, the major function of beta-alanine is to delay the fatigue onset time of your muscle during exercise. It does so by blocking the production of lactic acid in the muscles which further enables muscles to utilize the energy available to work to their full potential. In addition to this, beta-alanine has also shown to increase strength and trigger lean muscle growth.