How Carbohydrates Make You a Better Competitor???

If you are trying to stay away from forms of carbohydrate such wheat, rice, pasta and bread because mistakenly believe carbohydrate to be fattening, think again.

If you are dieting and exercising, you will want to include carbohydrate foods in your diet. They are not fattening, and you need them to fuel your muscles so that you can enjoy your exercise program.

The average 68 kg male has about 1,800 calories of carbohydrate store in the liver, muscles, and blood in approximately the following distribution:

The carbohydrate in the muscles is used during exercise .The carbohydrate in the liver gets released in to the blood stream to maintain a normal blood glucose level and feed the brain (as well as muscles).these limited carbohydrate stores influence how long you can exercising. When your glycogen stores get too low, you hit the wall-that is, you feel overwhelmingly fatigued and yearn to quit.

In a research study, cyclists with depleted muscle glycogen stores where able to exercise only 55 minutes to fatigue (as measured by inability to maintain a specified pedaling speed on a stationary bicycle),as compared with more than twice as long –about 120 minutes-when they were carbohydrate loaded (green et al. 2007). Food works!

In comparison to the approximately 1,800 calories of stored carbohydrate, the average lean 150-pound man also has 60,000 to 100,000 calories of stored fat – enough to run hundreds of miles. Unfortunately, for endurance athletes, fat cannot be used exclusively as fuel because the muscles need a certain amount of carbohydrate to function well. Carbohydrate is a limiting factor for endurance athletes.

During low level exercise such as walking ,the muscles burn primarily fat for energy during light to moderate aerobic exercise, such as jogging, stored fat provides 50 to 60 % of the fuel. When you exercise hard, as in sprinting, racing, or other intense exercise, you rely primarily on glycogen stores.

Biochemical changes that occur during training influence the amount of glycogen you can store in your muscles. The figure that follow indicate that well- trained muscles develop the ability to store about 20 to 50 % more glycogen than can untrained muscles (Costill et al.1981).

This change enhance endurance capacity and is one reason why a runner can’t just load up on carbohydrate and run a top- quality marathon.

Muscle glycogen per 100 grams of muscle

Because of the unfounded fear that carbohydrate is fattening or that high protein intake is better for muscle, many athletes today are skimping on carbohydrate foods . The resulting low carbohydrate diet can potentially hurt performance; it contrasts sharply with the diet of 3 to 5 grams of carbohydrate per pound of body weight (6 to 10 g per kg) or 55 to 65 % carbohydrate –recommended by most exercise and health professionals.

5 Bodybuilding Myths You Must Not Have Heard 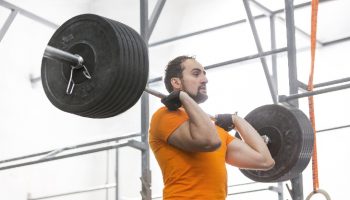 How to Build Lean Muscle | A Beginners Guide to Get Ripped 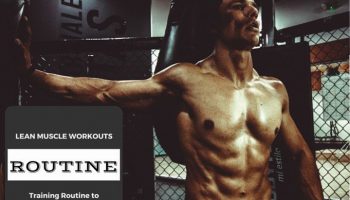 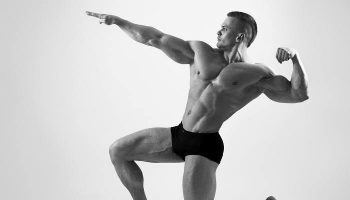 23 Ways To Get Bigger & Stronger By Tomorrow 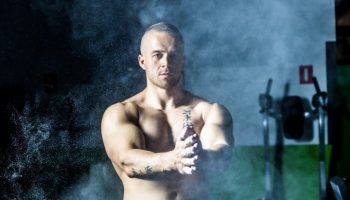 Professional Lean Muscle Tips for Every Beginner to Follow