How Creatine is made? Know the Answer

In your case, this has been possible partly because of your urge to acquire correct knowledge and partly because of MyFitFuel pledge to promote transparency and provide better knowledge on topics pertaining to fitness and nutrition. But there’s one thing about creatine supplements you may not know, and that is – How is Creatine Made? Well, today, in this article, I will let you through the same. Read on further as I take you through the process behind the manufacturing of creatine plus few things to look out for before buying creatine supplement.

I know, you may have read this many a time but here’s a quick revision before we move to the core of the article.

If we go by what science says, Creatine is a nitrogenous organic compound that boosts the production of ATP (Adenosine Triphosphate) also known as energy currency of the cell. Creatine does so by donating one of its phosphate molecules to ADP which further combines to form ATP.

Related Article: Why to Use and How to Use Creatine Monohydrate Powder

How is Creatine Obtained?

There are two ways creatine can be obtained – Naturally and synthetically in laboratories.

Creatine occurs naturally in human vertebrates and skeletal muscles. It is synthesized in liver and kidneys with a production rate of about 1g per day.

Creatine can also be obtained by including foods like beef, red meat, tuna and salmon in your daily diet. Artificially, creatine is manufactured in laboratories under preset conditions.

Related: Which Creatine is Best for Building Muscle?

How Creatine is Made?

To begin with, let’s see how is creatine made in the body?

Inside the human body, creatine is produced from the biosynthesis of amino acids glycine and arginine. Apart from these amino acids, another amino acid named methionine also plays a crucial role in the production of creatine. The combination of these three amino acids forms a compound chemically known as methyl-guanidinoacetic acid. The synthesis occurs in the kidney and liver and the creatine so produced is sent to the muscles through the blood.

The major proportion of the total creatine produced by the body is stored in skeletal muscles, and the remaining is distributed in blood, brain, and other tissues.

Next up, how is Creatine Monohydrate Supplement made in laboratories?

Creatine is synthetically produced in industries by reacting Sarcosine and Cyanamide. Sarcosine is a sodium salt, and Cyanamide is a white organic amide compound. Although these two chemicals are not fit for human consumption individually but when combined, they react to form a compound that is completely safe for human intake.

First of all, Sarcosine and Cyanamide are combined in a steel reactor. Inside the reactor, these chemicals are heated under pressure to form creatine in crystal form.

The crystallized creatine particles are further passed through the centrifugal process to remove any unwanted residual particles.

What should you look for in a Creatine Monohydrate Supplement?

As I mentioned previously, crystalline creatine is passed through mills to produce fine grain creatine. Well, here’s the catch, not all manufacturers use the same milling techniques as a result of which a lot of companies have different solubility and absorption rates.

For instance, MyFitFuel’s Creatine Monohydrate 200 Mesh, is a premium quality creatine monohydrate powder which is milled to ‘200 mesh grade’ to produce creatine particles that are 20 times finer than regular creatine supplements. And not to mention that smaller the grain size, faster the absorption and hence superior muscle gains. 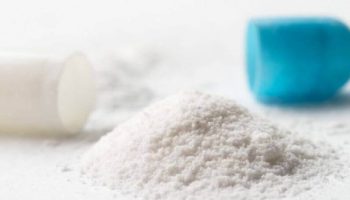 How to include Creatine in your Diet Plan 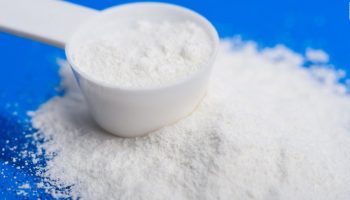