What is Beta-Alanine and How to Take It?

A lot of people ask us, “Why are so many fitness pros supplementing with beta-alanine?”

Our answer is simple- beta-alanine is acquiring quite a reputation in the fitness market because it enhances muscle performance and endurance which helps you power through your extreme workouts without feeling fatigued. The benefits of beta –alanine thus translate into being able to crank out more repetitions with heavier weights and sprinting for a longer duration.

What is Beta-Alanine and How Does it Work as a Muscle Enhancer?

Beta-alanine enhances muscle endurance as it helps in the production of carnosine, a compound that’s found in muscle fibres that are used when you workout.

It is actually carnosine that improves muscle strength and intensity, and not beta-alanine. But the catch is that you can’t ingest carnosine externally. It has to be produced inside your body and an optimum amount of beta-alanine is the only way to make more carnosine. 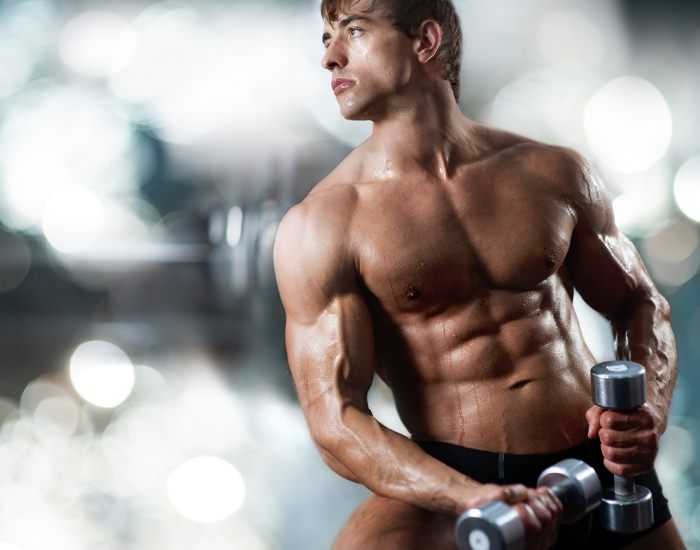 This is how carnosine works while you’re working out:

Supplementing with beta-alanine has been shown to elevate carnosine levels in muscles by as high as 80% and this helps your muscles work harder without getting fatigued.

The greatest increases in carnosine are seen after twelve straight weeks of beta-alanine use.

Furthermore, for those of you who are trying to do more metabolic type of workouts by decreasing the amount of rest between sets, beta-alanine supplementation will also serve to help in recovery and allow you to burn more calories and increase intensity during the workout.

Hope you are not still confused about whether you need supplementation with beta-alanine while bodybuilding?

Now that we hope you are not, let’s get on to the practical side of beta-alanine supplementation.

When to Take Beta-Alanine?

What is the best time to take beta-alanine? This is the most basic bit of information that you need to understand to derive the maximum benefits from this powerful muscle-aid.

This and only this will ensure that your body is able to produce carnosine as and when it is required.

To fuel this high production of carnosine, you need to be supplementing with beta-alanine at regular intervals throughout the day if you are a fitness athlete.

This means supplementation with beta-alanine should be spread over the day to produce the desired effects in your training sessions.

You can take beta-alanine supplements 3- 4 times a day.

Beta-alanine is also popularly added to pre-workout stacks to take advantage of the shorter term effects of beta-alanine like increased mental focus and nervous system response. But the dosage of beta-alanine in these is not enough for optimum carnosine production so do continue with beta-alanine supplements for the pump.

The only time you should not be taken is before going to sleep, as its stimulant properties may keep you awake.

Beta-alanine works well with creatine and it also works best if taken along with carbohydrates due to the insulin spike that they produce,  speeding the uptake of beta-alanine into muscle cells.

Latest studies on beta-alanine prove conclusively that you need to first ‘fill’ your muscles with the fatigue- buffering beta alanine before you see significant benefits like extending your workouts.

This means you have to ‘load’ your muscles by taking a larger than normal dosage of beta-alanine for a short period of time.

The recommended dose for beta-alanine is 2-3 grams/day but during the loading phase, you need to take 6 grams of beta alanine a day for 2-3 weeks to fill your muscles with this amino acid.

During the loading phase it’s best to take beta alanine in divided doses 2-4 times a day.

This keeps enough beta alanine available to fill up your muscles. You can take it with meals or on an empty stomach- whichever works best for you.

Do take care to separate each dose by a couple of hours.

Researchers have also found that beta-alanine benefits become more significant the longer you take 6 grams per day and that this benefit continues for about 6 months.

After this during the maintenance phase, you need to take only 1-2 grams divided into three doses daily.

Beta-alanine will keep working for you as long as you’re supplementing with it daily and it will flush out of your muscles and stop working after you stop taking it for about a month.

Also note that it typically takes about two weeks to start noticing an increase in performance due to beta-alanine, so if an improvement is not immediately noticeable, don’t give up on your supplementation plan.

Supplement companies exploit the popularity of beta-alanine and include it in pre-workout or energy products. This, however, may not go a long way since you need to load your muscles with beta alanine in order to experience its benefits.

If an excess of beta-alanine is taken, you may experience harmless tingling also called paresthesia. This can be avoided by using smaller doses of 0.8–1 gram several times a day.

While beta-alanine supplementation helps most cross trainers   and  endurance athletes, if you are training at a low to moderate exercise levels you may not feel that great a benefit as your body will not be producing excess hydrogen ions which lead to lactic acid production and muscle fatigue.

Hope we have been able to explain what is beta-alanine, when to take it and the correct beta-alanine dosage. If you still have any doubts, do write- in to us in the comments section below and we shall be prompt in answering all your queries.

Garcinia Cambogia Dosage: How to take & Best Time to Take

L Arginine Dosage: Best Time to Take & How to Take?