What is Hydrolysed Whey Protein, Benefits and Side Effects

After the last article, you might be well aware now, about the different variants of whey protein, the protein hydrolysate uses, the protein content in them and the advantageous one for you, among the three.

But even after all the prior talks, there seem to remain a lot of scepticism regarding whey hydrolysate in particular. The reason is it’s not as much widespread as its compatriots – whey concentrate and whey isolate; and in general, there’s not a lot of information available about it as not many people go for this one in particular.

What is Hydrolysed Whey Protein?

The whey isolate is made to go through an additional round of processing, which makes it easily digested, purest and the most bioavailable form of whey. The intact proteins of whey isolate are hydrolysed, or pre-digested as is normally said, into a combination of amino acids and smaller proteins, with the help of enzymes. This produces very smaller protein particles known as peptides which have the ability to get easily absorbed in the body. The amino acid content now gets swiftly delivered to the bloodstream and thus to the muscles.

The protein content of hydrolysed whey goes beyond 90%, and that’s one of the primary reasons why it’s considered to be the supreme protein supplement among all the others; along with its faster digestion trait. Let’s have a look at some of the other advantages associated with it.

The content of both the isolate and the hydrolysate versions of whey is almost similar, with the only exception being that the latter is smaller and faster. By faster, what I mean to say is that the digestion and the absorption process take place at a much faster rate.This trait of hydrolysate is really important for the athletes and the bodybuilders. The reason is, these groups of people workout more often and also for longer durations than the others; hence there arises a need of being at 100%, or as close as possible to 100%, every time they hit the gym or the tracks. After a strenuous workout, hydrolysate becomes their best bet to promote quicker recovery, to get them as close as realistically possible to the stipulated number.

Another benefit associated with this is that if you’re a lactose intolerance person, then this is the least likely of all the protein supplements to cause any problems to your body, such as bloating up, etc. The reason is almost all of the allergen content in the supplement gets removed during the manufacturing process, leaving it good enough for such type of people.

Helpful for the Dieters

One benefit about the hydrolysate whey is not widely known – it’s also helpful for the dieters. Cholecystokinin is a hormone produced after eating, which gives the message to the brains that ‘am full.’ But what this has got to do with your supplementation? Well, hydrolysate directly affects this hormone and since you normally feel full sooner after its consumption, the same message is sent to the brains upon taking it. This tends to you feeling fuller most of the times, which will eventually result in the consumption of less calories.

Be it anything, it cannot have benefits only. Everything comes with its own set of advantages and downsides. Since we have already talked about the hydrolysed whey protein benefits, let’s take some time to have a worthy look at some of its drawbacks as well.

The double treatment process for manufacturing of hydrolysed whey counts for an expensive process. This is the actual reason why this particular supplement is the priciest of all the protein supplements. Hydrolysates can be as high as 200 times costly when compared to concentrates. This is also one of the main reasons why people prefer to go for concentrates and isolates rather than this.

For the dieters out there, intaking too much of hydrolysed whey can work against their cause. Although it helps in shedding the extra fats but that does not mean you can take it in any quantity. Consuming more than required of this protein can end up in you, gaining more weight or else obstructing your weight loss regime with reverse results.

Unlike the concentrated version of whey protein which can also be sprinkled onto your foods and enjoyed, hydrolysed whey does not offer you any such solace. The process employed in the production of this leaves it with a bitter taste. Some people, like the hard hitters, often like their products to be as natural as possible; hence bear this bitter taste, but the same doesn’t happen with whole lot others which is the reason behind the popularity of the flavoured products. However, if you like your drinks to be as natural as possible but having a tough time coping with the bitter taste as well, mixing it with fruit juices could also help you.

To sum up, although I always say that supplementing should be done according to one’s bodily needs; in the specific case of hydrolysed protein, one should not overlook the whey protein hydrolysate side effects as well, apart from considering the advantages.

The question is, whey is already a fast protein, so how fast do you think the digestion could be upon switching from isolate to the hydrolysate version? And do you feel it’s worth to dig this big of a hole in your pocket, knowing for a fact that even the isolate variant is very much capable of nearly fulfilling all of your requirements, and that too at far lesser rates. We have a whole range of articles and products to further suffice any to every query of yours; be it regarding general information or product information. Have a look at our product catalogue and let us know your thoughts about it.

How to use Mass Gainer for Best Results 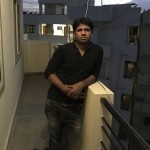